As an illustration, the following figure shows the Landau discriminant for the double box Feynman diagram corresponding to the three dimensional subspace corresponding to equal internal and external masses. 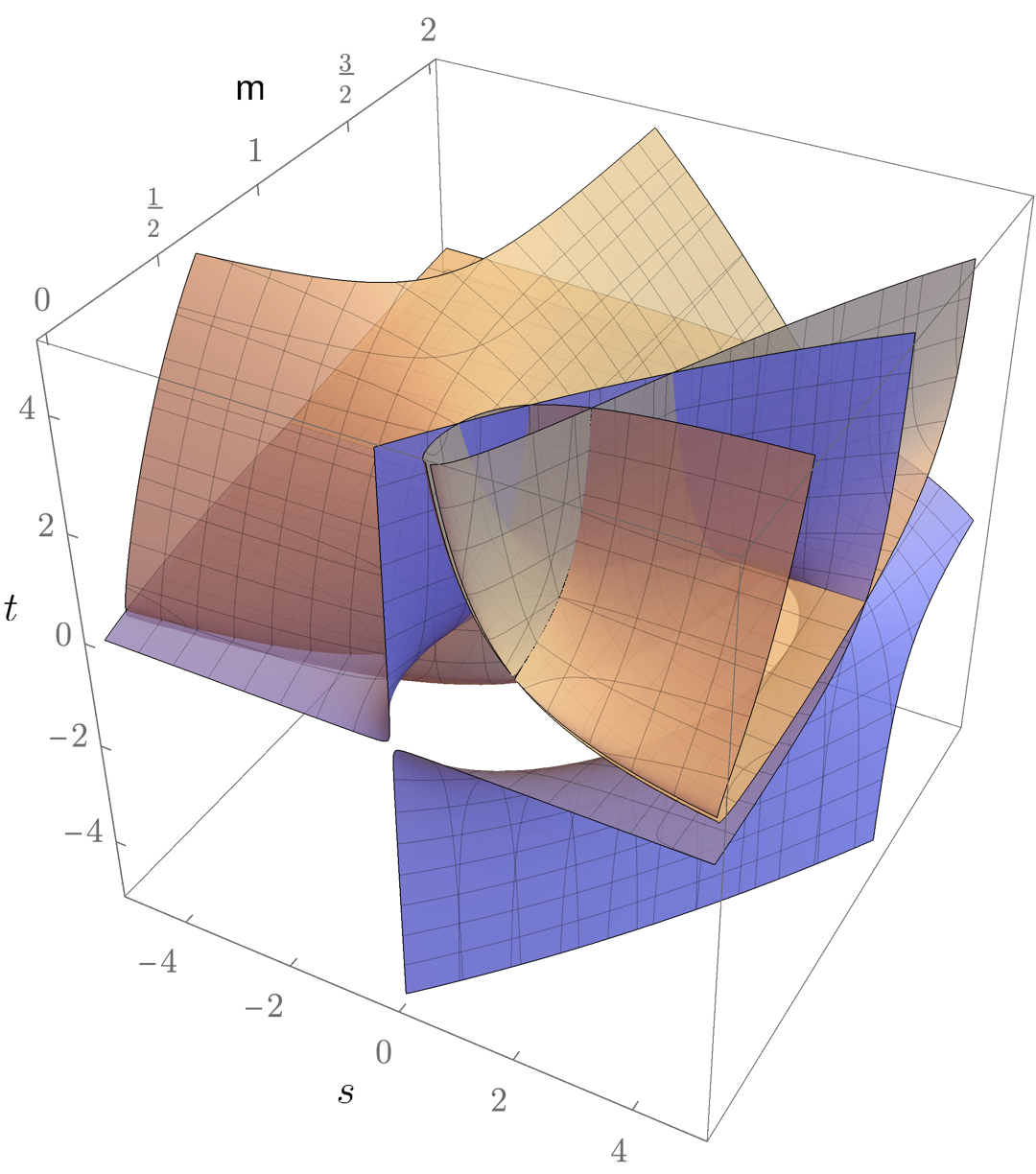 As indicated above, our numerical methods are implemented julia. The packages is called Landau.jl. It makes use of HomotopyContinuation.jl (v2.6.0). The following Jupyter notebook illustrates how our Julia code, which may be downloaded here julia_code.zip, can be used.

You can also run our jupyter notebook online:

All discriminants computed and discussed in Section 3.3.2 of the paper can be reproduced using this code, and they can be downloaded in txt format here discriminants_Sec332.zip.

The paper also presents some symbolic elimination methods for computing Landau discriminants. The code in Macaulay2 used for creating Table 1 can be downloaded here code_Table1.m2.